Off the beaten track: A visit to Rincon de La Vieja National Park 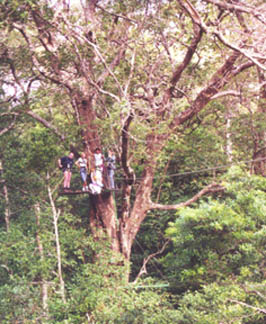 After searching the guidebooks for a non-beach destination that offered plenty of activities, Rincón de la Vieja in the Guanacaste providence, was exactly what I was looking for. The area promised great hiking, interesting sights, and a canopy tour.

Rincón de la Vieja National Park is located about 280 km from San José, the last 25 of which are on a very bumpy road. A four-wheel drive car is a must! We stayed at Albergue de Montaña Rincón de La Vieja, conveniently located two kilometers outside the national park. The Albergue is a collection of clean and spacious cabin-style lodging spread out over a grassy field. Best of all, the porches all have large rocking chairs and hammocks! After settling in, we headed off to the national park.

Although the park offers a variety of hikes at the foothills of the volcano, we chose a short circular trail to be sure to make it back before sunset. The walk had plenty of side trails to see interesting things including, boiling mud baths, a waterfall (rainy season only) and a “mini” volcano. The rest of the evening we spent relaxing in hammocks, having a drink at the bar (wonderfully located by the pool) and enjoying the large family style dinner at the lodge’s restaurant.

We arose early the next day to eat a hearty breakfast and prepare ourselves for our canopy tour. After fitting us into our harnesses, providing us with carabineers, gloves and other protective equipment, we were ready to head to the tropical dry forest. During the walk to the start of the canopy tour, the guide pointed out pointing out interesting flora, fauna and wildlife and answered dozens of our questions. 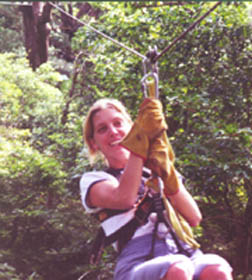 I had always found the very idea of gliding through a tropical forest on a cable intriguing and was thrilled to have the opportunity to take a canopy tour. Upon reaching the first tree, we climbed a ladder to reach what would be the first of sixteen platforms. Immediately we found ourselves among the trees and in a whole new world. Now that we had reached the platform the only left to do was attach ourselves to a cable and travel weightless through the trees. Now I know why monkeys always seem to be having fun! As we traveled from tree to tree we took in our surroundings and enjoyed every minute. A quick eye in our group even spotted some howler monkeys! At the last platform we were all hesitant to descend and enter the world below. Of course it was inevitable and a few minutes later we were all back on land. I have to say that the experience was spectacular.

So for anyone looking for a perfect mix of relaxation and adventure in a beautiful part of Costa Rica, I would recommend heading to Rincón de la Vieja National Park!

Foreign languages study can seem frightening to you if you have heard that only persons with a special linguistic gift are able to learn a new language. Every person in the world learns to speak at least one language, so we know that every human being has the gift of language ability. Second language learners may be gifted r dull, but a second or even a third language is possible for most people. Certainly young children learn a language with less accent and more ease than teens or adults, but remember that many oldsters learn second languages, too. Take Jay Sommer, named national Teacher of the Year in 1981-82, who teaches foreign languages in New York. He spent his early teens in a Nazi concentration camp and in the Russian army. When he escaped to Italy, he learned Italian by talking to people, singing their songs, and reading the literature of their great writers. When he came to America, he learned English in a short time in a New York City public school. By absorbing theh culture and the ideas of each langauge, he was able to learn a second and a third language. You can do the same. 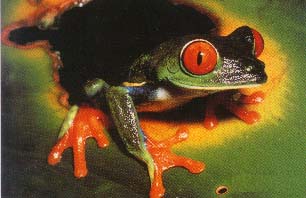 When studying a foreign language, you place yourself in an environment in which your learned behaviors of communication are of little value. At times you will be at a loss and not know what to do. You may even feel stupid. Do not despair when you are in such a situation! Pretend you are in a foreign country. What would you do to communicate with others? Follow the guidelines in this book and you will learn to communicate in your new languge. At first you may feel awkward and foolish when you hear yourself saying new sounds. Don’t give up, and don’t be afraid to make mistakes. Laugh at your mistakes, and keep talking and listening to yourself and to others.

Notice the attitudes of your classmates. In almost every foreign language class there is a “shy Jane.” She is afraid to seem foolish, so she blushes and swallows her words when it is time to speak. “Loud-mouthed Joe” learns a few words and tries to answer all the questions with the fre phrases he knows, plus a lot of wisecracks. “I’ll-try-anything Pete” keeps on trying and laughing at his mistakes. He doesn’t criticize himeslf for making mistakes. He asks the teacher for repetition and clarification. You know he will learn the language because of his attitude, but Jane and Joe will need to change their attitudes if they are to succeed. 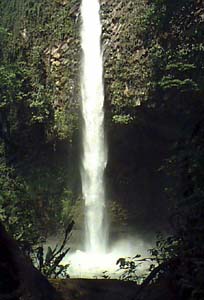 What should you do? Walk into your foreign language class with a positive attitude. Decide that you will be successful. Begin to speak in your new language as soon as you feel ready, and enjoy trying to say new sounds and words. While speaking, do not think too much about rules of pronunciation and grammar. LEt your voice flow freely; listen carefully and blend your voice withthe sounds of the language. Don’t worry about the differences between your new language and your mother tongue. Allow your voice to take precedence over the rules. Practice your new skills contantly, in and out of class, with anyone who will talk to you. Believe you will succeed and you will!

You may consider taking a language aptitude test at a school or college. Understand that these tests are only successful in predicting your ability at formal tasks, such as analysis and list memorization, which are sometimes associated with learning in a foreign language class. These tests do not take into consideration personal drive and perserverance or your ability to learn in less formal settings. Your attitude, not your aptitude, can make all the difference in your chances for success.

Be realistic. It takes time to learn a new language. Remember how long it took you to be truly proficient in your native langauge. Set realistic goals and objectives. Do not expect to be able to understand television shows and to speak like a native in a very short period. Take your time.

The above selection was excerpted from Yes! You can Learn a Foreign Language, published by Passport Books.