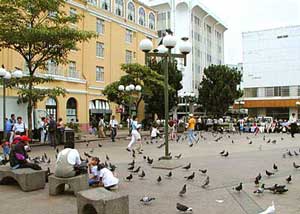 RIO DE JANEIRO – An injured man knocks over a magazine stand in Sofia, Bulgaria, and no one helps him pick it up. A woman drops her pen on a crowded New York City sidewalk, and passersby don’t let her know. A blind man needs help crossing a busy street in Kuala Lumpur, Malaysia, but has to fend for himself. In some parts of the world, it can be hard to find a good Samaritan.

But in Latin America, and especially in Rio de Janeiro, it’s a different story.

The friendliest people in the world are here and elsewhere in the region, according to a six-year study of “simple acts of kindness” – a series of live street tests coordinated by Robert Levine and published in the current issue of 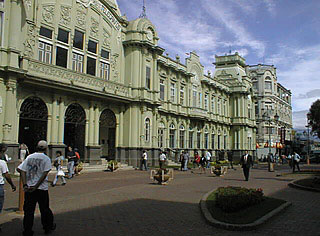 American Scientist magazine. The research, carried out in 23 cities on all five continents, counters the Hollywood stereotype of Latin Americans as drug traffickers and gangsters, and shows that people across the region are friendlier, kinder, and likelier to come to the aid of someone in need than their fellow global citizens.

“The two highest-ranking cities are in Latin America: Rio and San José, [Costa Rica],” says Mr. Levine, a professor of psychology at California State University in Fresno, in the report. “Overall, we found that people in Portuguese- and Spanish-speaking cities tended to be among the most helpful. The other three such cities on our list – Madrid, San Salvador, and Mexico City – each scored well above average. Considering that some of these places suffer from long-term political instability, high crime rates, and a potpourri of other social, economic, and environmental ills, these positive results are noteworthy.”
No single explanation
Levine’s researchers dropped a pen to see if it was picked up by passers-by and returned to its owner. They watched to see whether a person pretending to 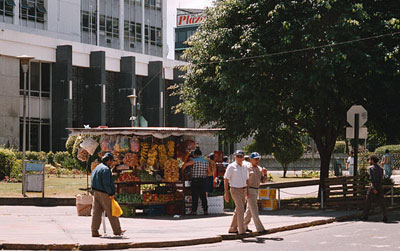 have an injured leg would get help picking up strewn magazines. And they waited to see how many people would assist a blind man trying to cross a busy street.
In Rio, the pen was always returned to its owner and the blind man was always helped across the road. The injured man was helped 80 percent of the time. By contrast, in Singapore the blind man was helped just half the time. In Kuala Lumpur, Malaysia, 3 of 4 pens went unreturned. And in Sofia, Bulgaria, just over 20 percent of the “injured” were assisted.

Levine said there was no single reason to explain why Latin Americans tend to be more helpful. In addition to their shared geography and linguistic roots, the cities with the friendliest inhabitants were all ones in which people had less disposable income, where the pace of life was slower, and where the culture emphasized the value of social harmony.
That is particularly true of Rio. Although Rio has a reputation as one of the bloodiest cities in the world – drug-related violence has become so widespread that Citibank recently advised its clients not to use the city’s main airport because of repeated shootouts on the roads nearby – people who know it rave about the warmth and generosity of the locals.
Levine’s research partner, Arnoldo Rodrigues, said that is because the residents of what people here proudly call “the Marvellous City” make an extra effort to be nice. 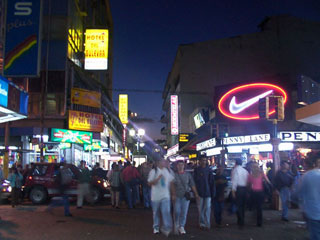 ” There is an important word in Brazil: simpático,” Rodrigues said in the report. “The term has no equivalent in English. It refers to a range of desirable social qualities – to be friendly, nice, agreeable, and good-natured. A person who is fun to be with and pleasant to deal with…. Brazilians, especially the Cariocas of Rio [as citizens here are known], want very much to be seen as simpático. And going out of one’s way to assist strangers is part of this image. This Brazilian social script also extends to the Hispanic cultures in our study, where a simpático personality is held in equally high regard.”

That desire to be seen as being nice was not as evident in the residents of Western cities, and especially not in New Yorkers. New York was the only US city included in the study, and it ranked 22 of the 23 reviewed.

In the Big Apple, people called out to the person who dropped his pen or tersely alerted the blind man it was safe to cross, but in a way that made it clear they wanted no further contact, researchers found.

New Yorkers want to help but don’t want to get involved, Levine said, adding that New York finished second-to-last in a similar study carried out in 36 US cities nine years ago.

“In general, it seemed as though New Yorkers are willing to help only when they could do so with the assurance of no further contact,” said Levine. “But in more helpful cities, like Rio, it often seemed to us that human contact is the very motive for helping. People were more likely to give aid with a smile and to welcome the ‘thank you’ our experimenter returned.”

Those findings came as no surprise to Ronald Inglehart, a professor of political science at the University of Michigan. Mr. Inglehart, as director of the World Values Study, travels the globe, observing how cultural norms differ from country to country.

He says Latin Americans still rely heavily on personal contacts, so maintaining good relations is not only a consequence of the region’s respect for close family ties and religious devoutness, but also an efficient way to get things done in societies which are often stiflingly bureaucratic.

Systems based on whom you know and not what you know may foment corruption, but they also make personal relationships more necessary, he says.

“Latin American countries in general are much more personalistic, less rule-oriented, less [structured], and so on,” he says. “Also, my personal experience is that Latin Americans are more fun, they are more personal.”
The researchers admitted that such a broad study was not definitive, and they acknowledged results might have been different had they dropped a gold-plated Monte Blanc or a wallet full of money.
New Yorkers in Rio friendly, too
But they did note that the evidence suggested “helping tends to be less dependent on the nature of the local people than it is on the character-istics of the local environment.” Both New Yorkers and Cariocas are more likely to assist a stranger in Brazil than in the US, they said.

Even New Yorkers agree with that, admitting that while both cities have their charms, there are more smiles in the south.

” I find people here to be very friendly and open,” says Mark la Rosa, a New York-based photographer who has visited Rio on more than one occasion. “In New York it’s random, people can either be surprisingly helpful or surprisingly cold. Here, people want to hear your story.”
FINDING A GOOD SAMARITAN: According to a survey of 23 cities published in the current issue of American Scientist magazine (www.americanscientist.org), four of the world’s 11 friendliest cities are in Latin America. At right, the percentage of strangers who returned a dropped pen to its owner, helped an apparently injured man pick up magazines, and assisted a blind person crossing the street.
Follow this link to read the full story.