In order to get acquainted with everybody as quickly as possible, please ‘meet’ our office staff. 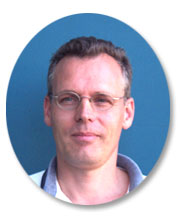 Thorwald Westmaas, Dutchman, has been immersed in a variety of languages himself. He speaks fluent Dutch, English, and Spanish, decent German and enough Danish and French to get in trouble.

After 2 vacations in Costa Rica, Thorwald settled in Costa Rica in 1987 to found ILISA and has been building it ever since.Thorwald’s management focus is on keeping ILISA Costa Rica’s, if not Latin America’s top Spanish school, both for its students and its staff.

And, never able to sit still, his newest project is setting up a new ILISA campus in next door Panama which, taking advantage of Panama’s excellent broadband Internet infrastructure will also become the home of ILISA’s virtual classroom. Thorwald and his family moved to Panama last March (2005) to direct our new campus.

Xinia Sanahuja is the cornerstone of ILISA Spanish language training program. She takes credit for selecting, training, motivating and evaluating our extensive staff of language trainers. She implements ILISA’s vision that our trainers are our most important asset. If we take good care of them, they’ll take good care of you. As the program director, her supervision dictates that classes are always dynamic, enjoyable, and effective.

In 1981, Xinia began teaching Spanish as a foreign language. She spent some time teaching volunteers for the Peace Corps, and even lived for a while in the US to perfect her English.

She is the very proud mother of two boys, and in her free time she makes handicrafts, including quilts and cross-stitches, and still has the energy to take care of her daisies on the weekends.

Andy Donohue is our Director of Communications. He will answer all your questions regarding registration and anything else you would like to know before and during your stay here at ILISA. Don’t worry if you don’t speak any Spanish yet, because his English is pretty good, being an American journalist on sabbatical. Andy enjoys just about everything.

Ana Lorena Alfaro is ILISA’s Program Specialist and (in charge of coordination and development of profession-specific language programs) and Homestay Coordinator. She studied Sociology and Human Resources. She first worked for Ilisa as a teacher from 1993 until 2000.

She enjoys her job at Ilisa as she has the same vision as the school – to offer a service of language training combined with important knowledge of the culture from which the language comes.

Manuel Brenes is ILISA’s accountant since August 2002. He hopes you will enjoy your stay at ILISA. He Enjoys playing football, basketball and spend time in the mountains. In the mountains his favorite activity is trout fishing.

Elizabeth Lizano is ILISA’s maintenance worker, she works hard to keep the building immaculately clean….in fact, its been known for the spotless glass doors in the office to sometimes cause us problems! On the odd occasion, she’s also stand-in chef for our weekly happy hour and her fajitas de pollo are nothing short of delicious!

While her job at ILISA keeps her physically fit, Elizabeth also enjoys dancing and is often the first to her feet at staff parties. She also likes to travel and enjoys swimming and visiting local parks with her husband and three children on the weekends.

Andrea Cordero is ILISA’s charming receptionist. She is a favorite of ILISA students, helping them with taxis, money exchange, traveling advice, phone cards, directions, suggestions for eating or shopping, and just about everything else they could need during their stay at ILISA.
She likes to laugh and smile, and has a beautiful 2-year-old daughter named Alexandra, also a student favorite.

Edwin Gonzalez could be the first person you meet in Costa Rica. He is one of ILISA’s drivers, frequently shuttling its students from the airport to their homes, or from the school to the bus terminal for their weekend adventures. Edwin has two daughters, a wife, and can be found driving the streets of San José at all hours of the day.